Thursday - December 1, 2022
On Dubuque
Your One Stop Site For Everything Dubuque, Iowa
Home › Sponsored Posts 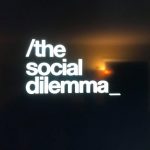 There are very few shows you can deem “must see” anymore, although not as much due to their quality, as due to the fact that not many shows can truly be described as being targeted for a wide audience anymore. We live in a world that’s become increasingly fragmented and subdivided, and invariably there are few things upon which the vast majority of the population can agree. Entertainment used to be the great uniter of the people. When television began to rise to prominence in the ‘50s and ‘60s, cultural touchstones were based upon events it showcased. The Beatles on Ed Sullivan. The finale... Read More